A Christmas without palm oil 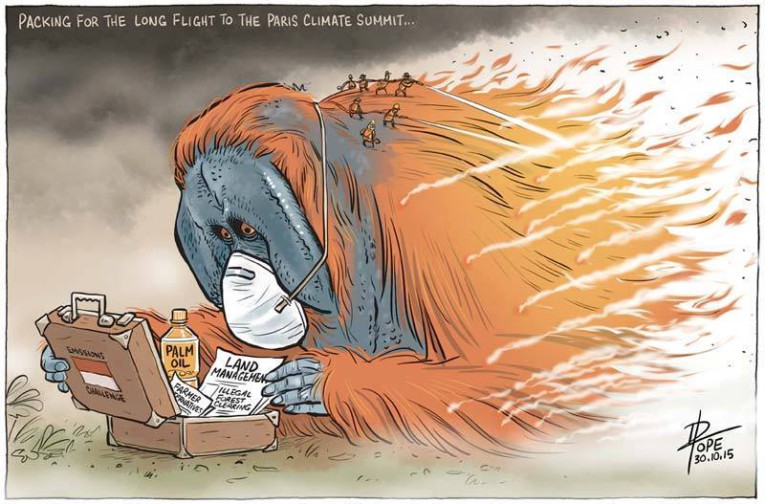 Climate change has been in the news a lot recently and the COP21 (United Nations Conference on Climate Change) which takes place in Paris between the 30th of November and the 11th of December, with 195 participating countries, is a reminder that this problem is of everyone’s concern.

The development of oil palm plantations has disastrous consequences on the environment, the climate and the biodiversity. It involves cutting of primary tropical rainforests which play a great role in the world climate equilibrium. This deforestation is also a true ecological drama, because of the loss of a unique and rich biodiversity. For example, the Orangutan, one of the three great apes of the planet, lives only on the island of Sumatra and Borneo and is nowadays brought to the brink of extinction. But I could name many other species like the Sumatran tiger, the Malaysian tapir, the Asian elephant or the Clouded leopard.

Taking action in the supermarket

This oil is used in many different types of industrial food (chocolate, soup, crackers…), but one has to know that it can easily be replaced by another kind of oil like sunflower or rape seed oil. Most of the time, you can find one or several equivalent products which are palm oil free (I know this because I have been avoiding to buy palm oil for about 10 years now).

To avoid buying palm oil, the only way is to check in the ingredients list, and be especially careful for the term “vegetable oil” because it is a way to hide the presence of palm oil. Also, to help you to make a choice, certain products have a palm oil free label. 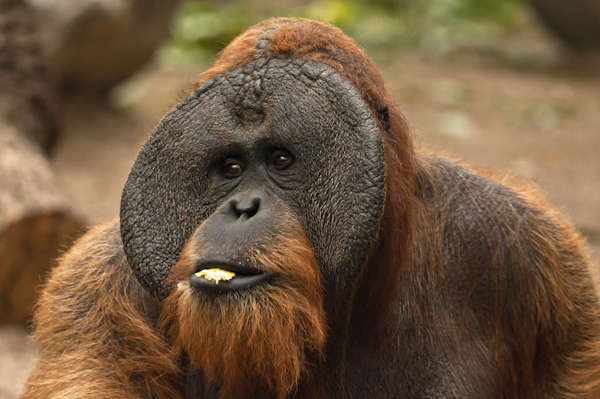 Sumatran Orangutan at the zoo of Hamburg. Only a few thousands survive nowadays in the wild.

The legend of the hummingbird

One day, says the legend, there was a huge forest fire and all the animals were terrified, looking helpless to the disaster. Only the hummingbird was struggling against the fire, bringing a few drops of water with its beak to throw it on the fire. After a while, the armadillo, annoyed by this restlessness told him:”Hummingbird! Are you crazy? It is not with these water drops that you are going to stop the fire”

And the hummingbird answered:”I know that, but I am doing my part”

As told by Pierre Rhabi, president of the association Terre et Humanisme.