Having travelled the whole country, visited most of its nature reserves and even worked as a patrol leader to study and protect marine turtles, I give you here my top ten of animals that you can easily observe in Costa rica.

This little primate can be found throughout the country. In the reserve of Curu, in the west of the country, some consider that it is the place in the world holding the highest density of white-faced capuchin monkey ! 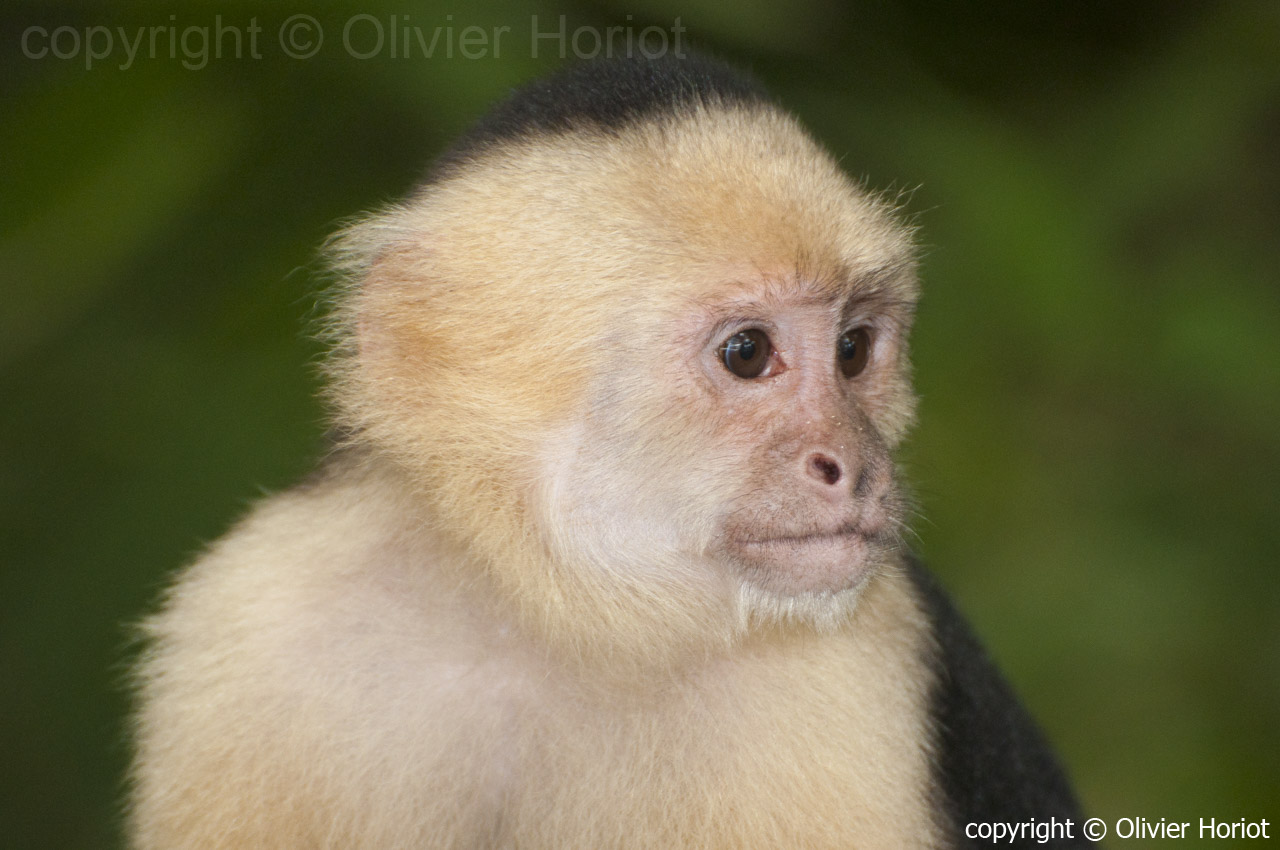 In the past, this beautiful bird could be found throughout the country, but poaching has taken its toll on this species. Nowadays, it can still be observed in several reserves. Protection programs has considerably helped the species to make a comeback in places where it had disappeared. The national parks of Carara and Corcovado are two very important areas for the reproduction of the scarlet macaw. 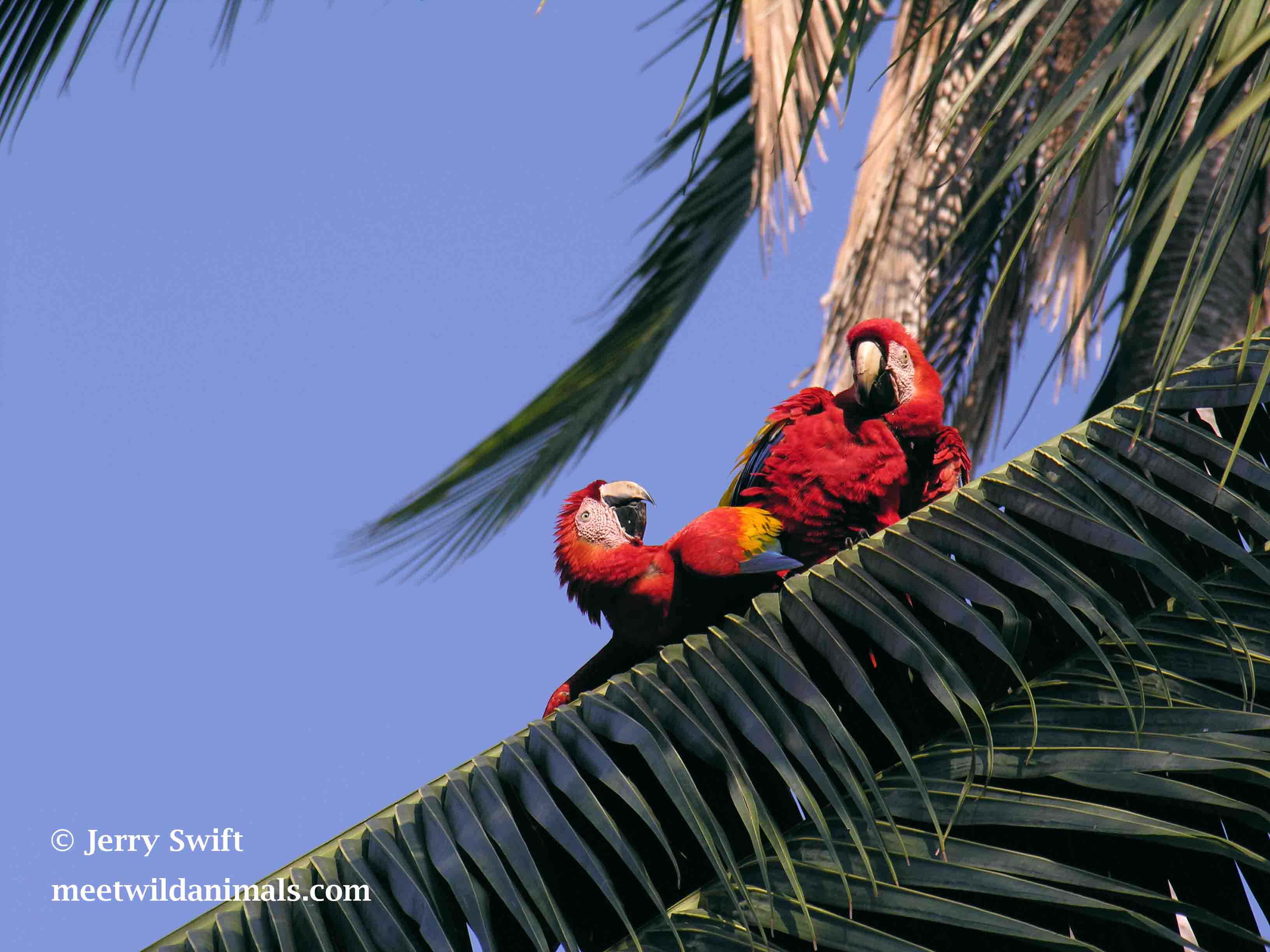 This reptile can be found in rivers and ponds. It can reach a length of 2 meters and is not dangerous for humans. 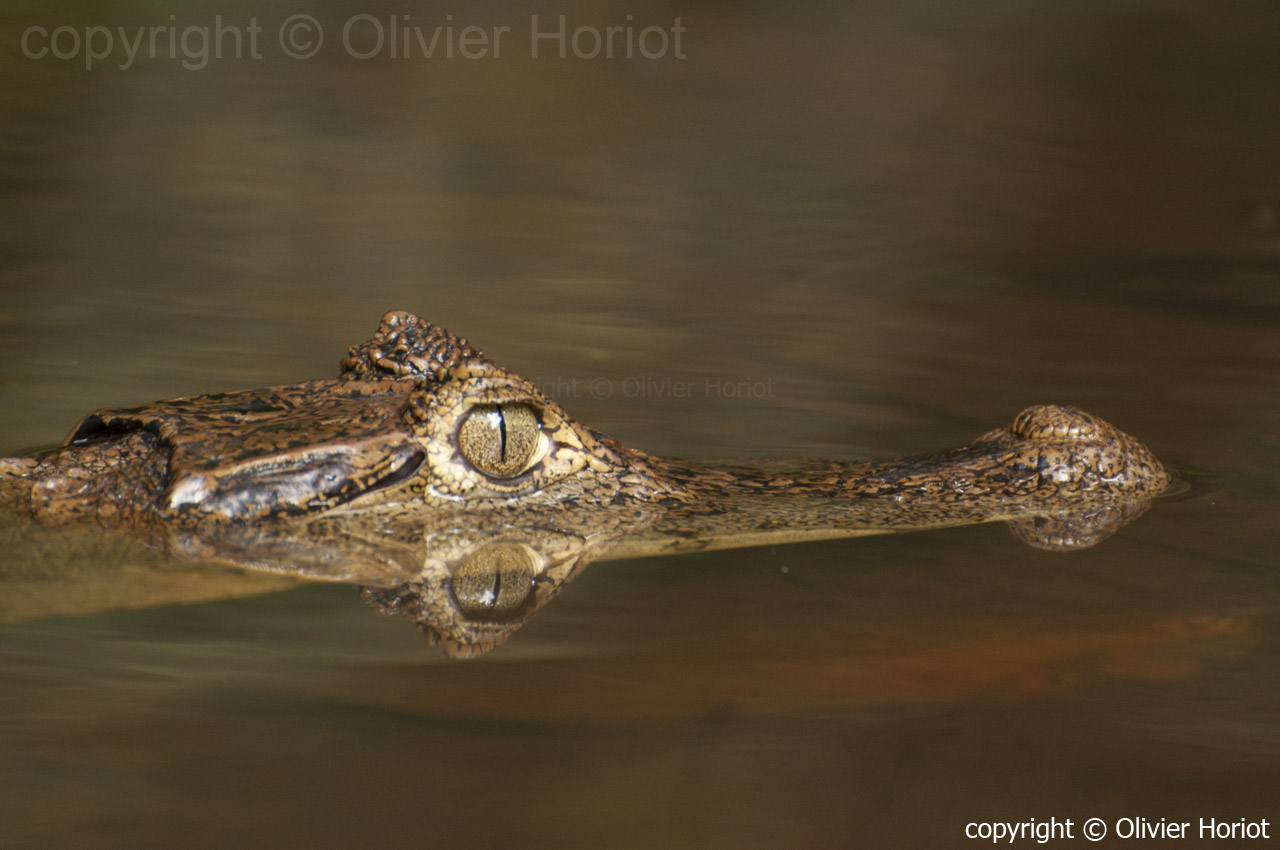 If you visit the Tortuguero national park, you can observe females laying their eggs on the beach between June and October. It is also possible to see the hatchlings leaving the nest a few weeks later. This can happen day and night. If it happens during the day, many of the babies become the meal of numerous predators. 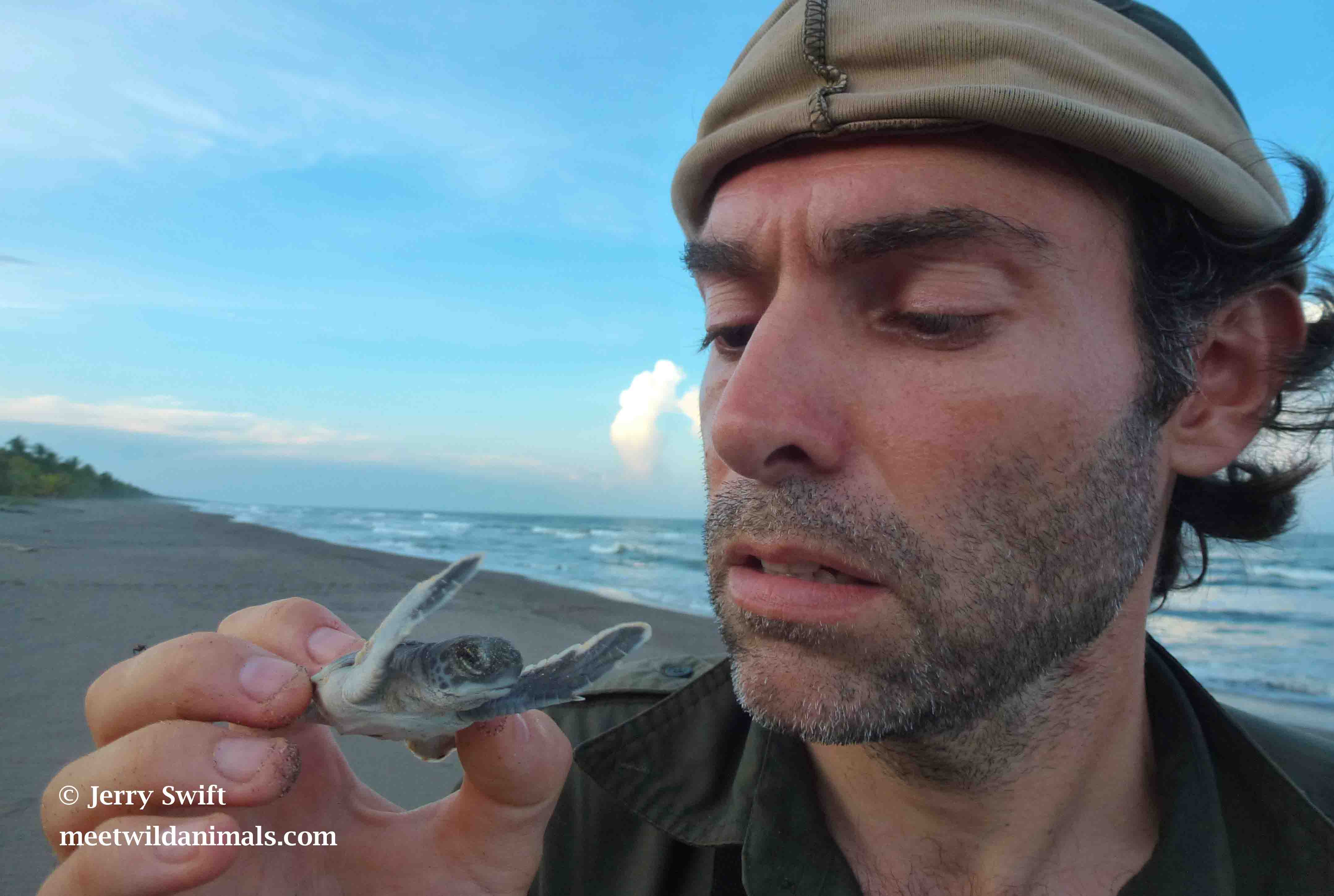 The author holding a baby green turtle during a patrol on the beach of Gandoca, Costa Rica

The raccoon is mainly active at night. Its eyes will glow as you point a torch light at it, making it easy to locate. It has adapted to human modified habitats and it can be seen close to villages. 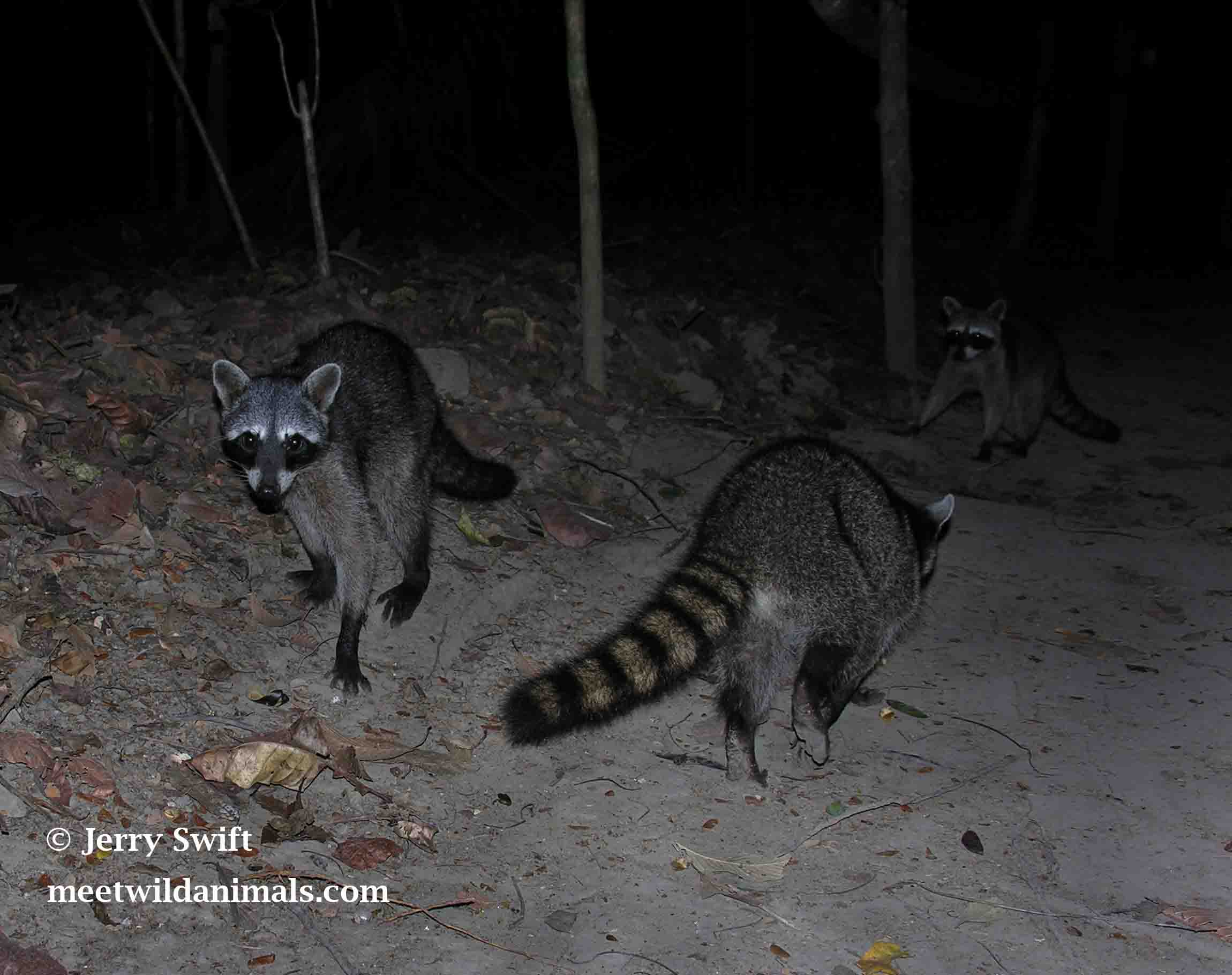 Raccoons at night in Costa Rica

This tiny frog can be found on the leaf litter of the rainforest. Despite its vivid colors, it is not that easy to find, as it can hide behind a leaf or a twig of the forest floor. It is extremely toxic, so avoid touching it ! 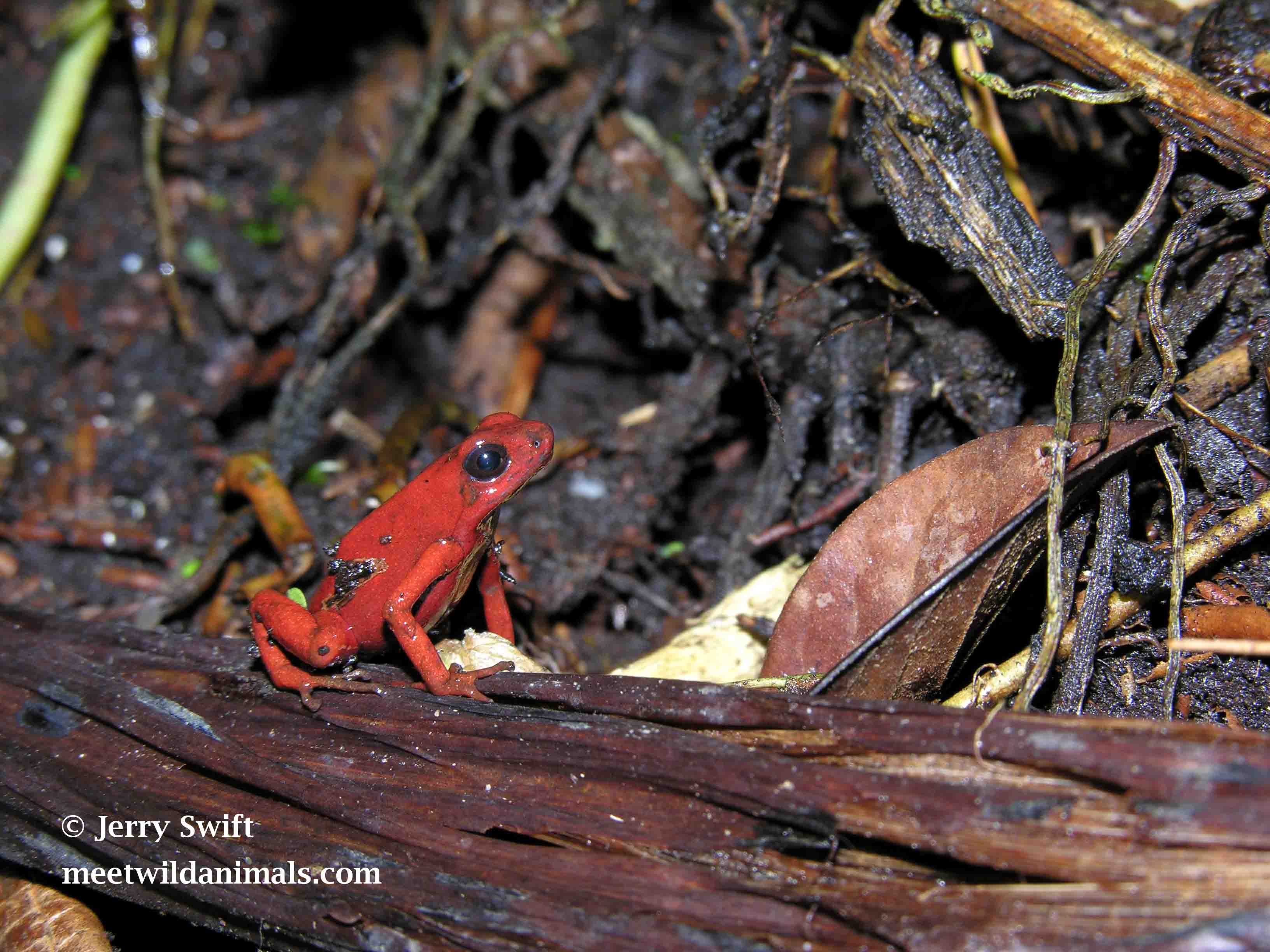 A beautiful frog that one must absolutely discover ! It is at night with a torch light that this frog is the easiest to encounter.

Like the raccoon, this is a nocturnal animal that moves mainly in trees but also sometimes on the ground. Its eyes will glow as you point a torch light at it. It has adapted to disturbed habitats and can be found close to villages. 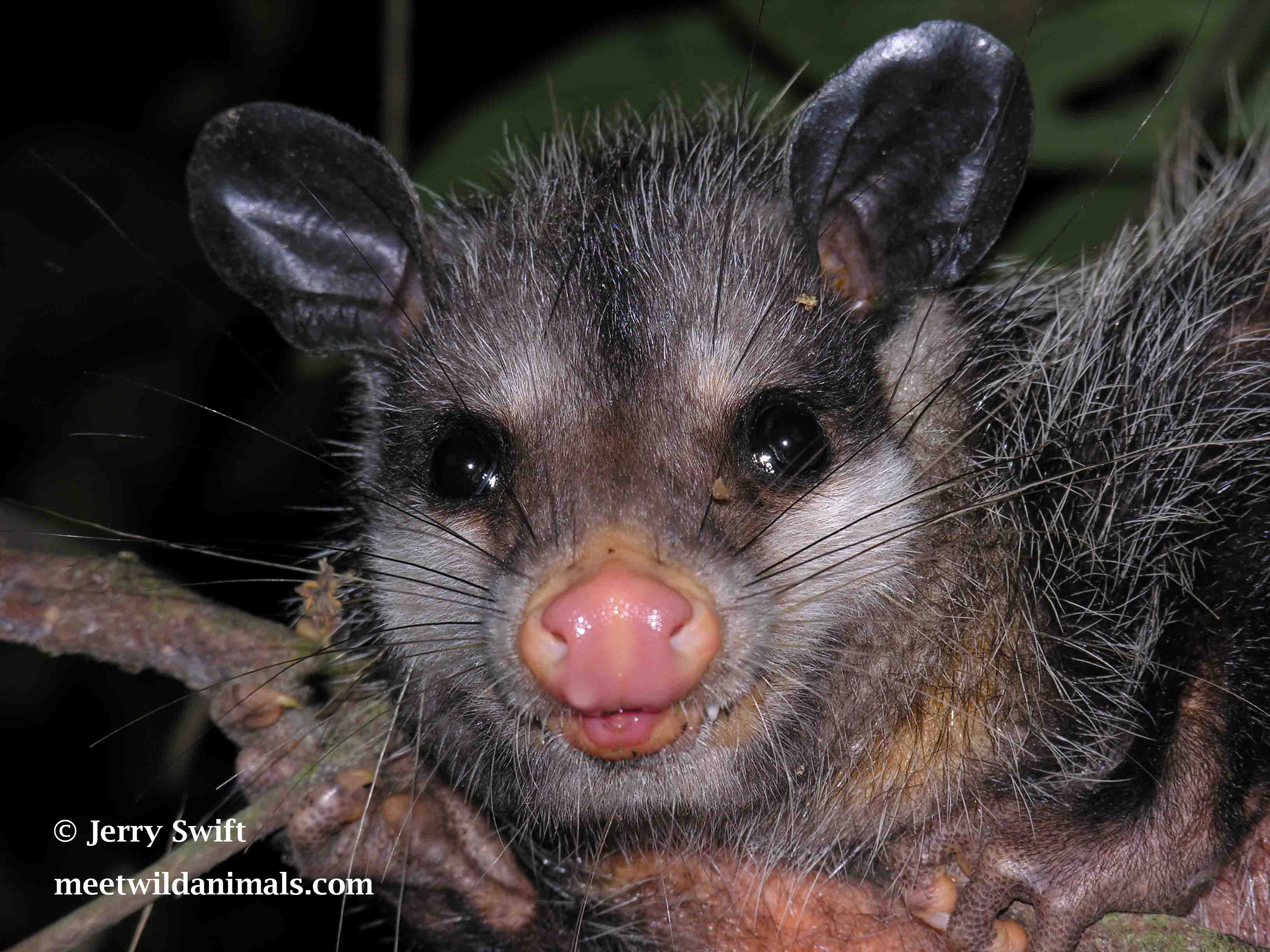 During the day, it is perfectly camouflaged on the forest floor, thanks to the pattern and colors of its plumage. At night, it hunts insects in flight and often perches in open spaces. It is then possible to approach it, sometimes at a few meters distance, like me before I took this picture :). 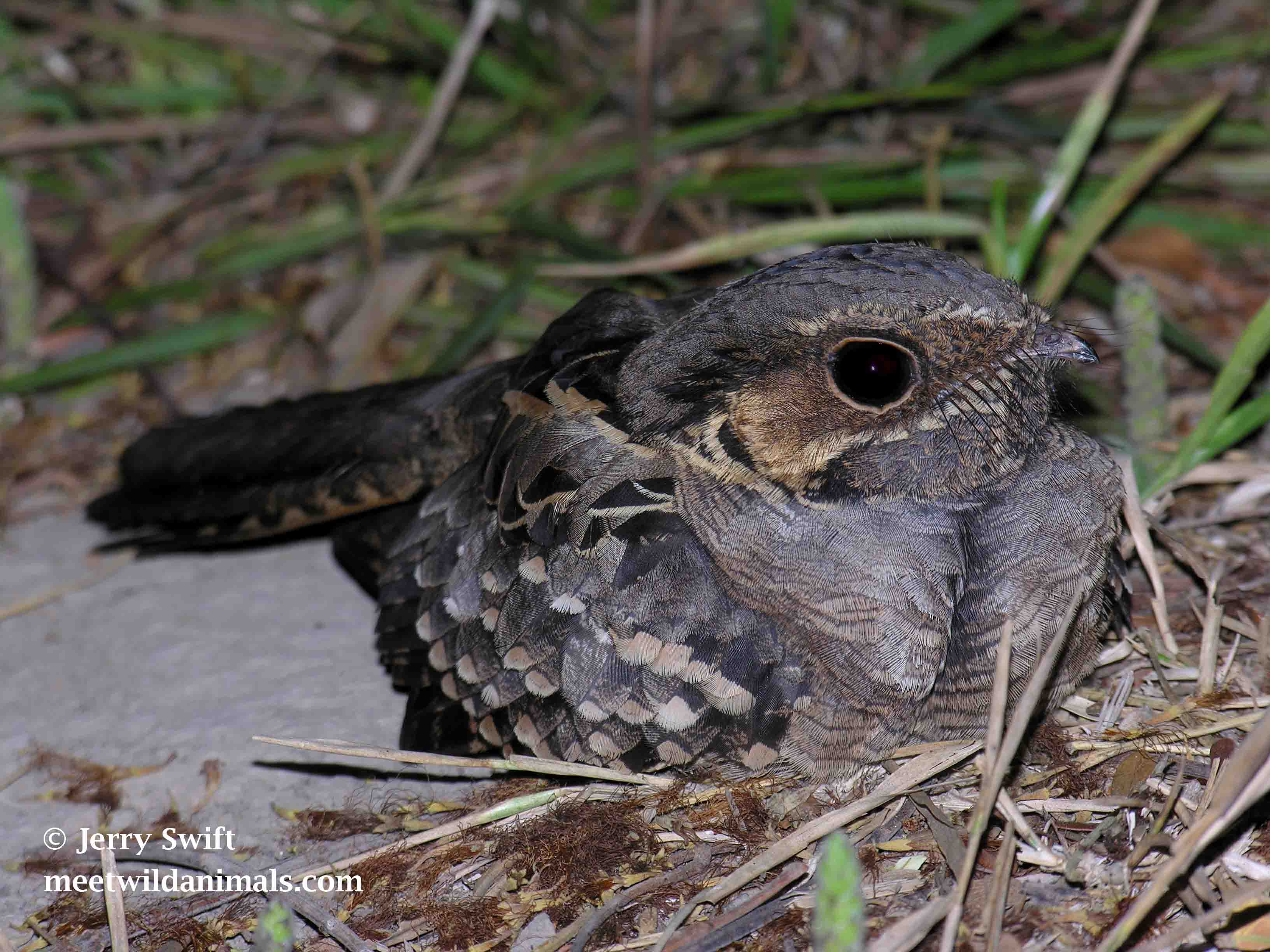 If you visit the beach of Ostional during  the egg laying season between May and December, you can find dozens, if not hundreds of these turtles. They are found mainly at night, but also in the early morning and in the late afternoon.  Be careful not to disturb them too much before they start laying their eggs, especially with light. Once they start to dig their nest, you can comfortably (and quietly !) sit behind the turtle and enjoy the show. 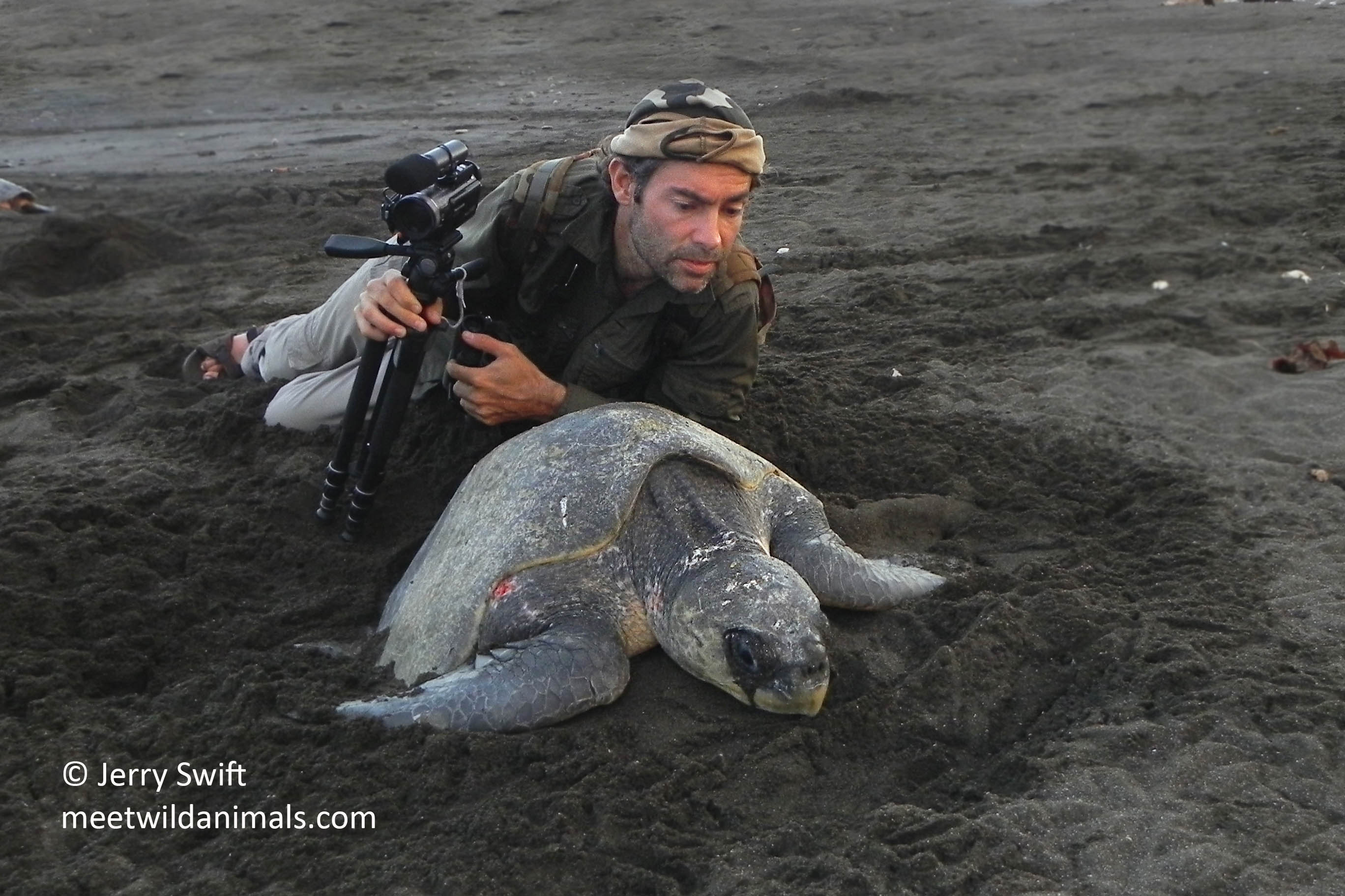 Tip: check carefully where you step while exploring the jungle, as there are many species of venomous snakes in Costa Rica. Some of them also live on trees, so watch also where you put your hands.

Find out more about Jerry swift’s travel advices and latest news on www.meetwildanimals.com